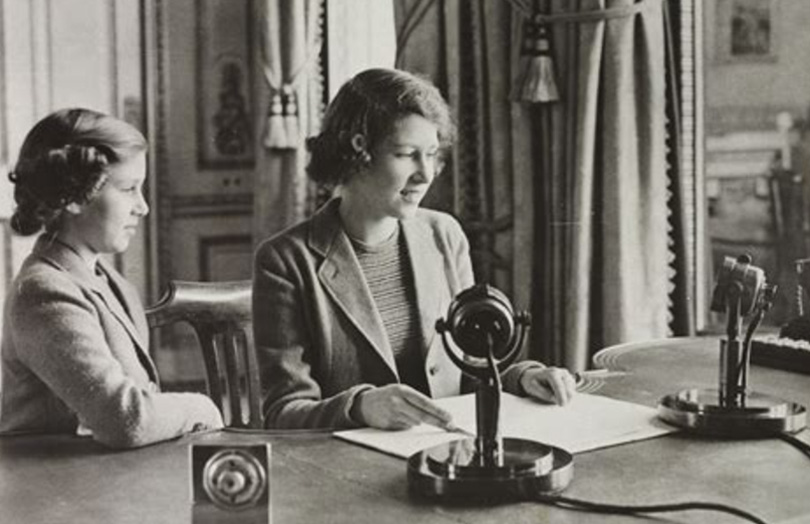 While there are many legacies that will surely mark Queen Elizabeth’s venerable reign, one of her distinguishing hallmarks was being a media savvy monarch. From early on, the queen recognized the potential of communications technology and utilized its reach in ways that were revolutionary for the monarchy.

At just 14, Princess Elizabeth began her media debut delivering the BBC’s “Children’s Hour” radio broadcast – a move that brought the young royal’s voice into the homes of her nation’s families. Ten years later, Elizabeth’s coronation as queen became the first British coronation ceremony to be televised around the world.

With the proliferation of print and electronic media, her face became the iconic representation of British culture to the rest of the world, gracing magazines, newspapers, stamps, and currency. When she broadcast the first televised Christmas by a British monarch in 1957, she created her own version of the “fireside chat,” which marked a shift in the way the royal family interacted with the people and broke down traditional divides.

“Today is a landmark because television has made it possible for many of you to see me in your homes on Christmas Day,” her majesty told the country. “My own father would gather round to watch television as they are this moment, and this is how I imagine you now. I very much hope this new medium will make my Christmas message more personal and direct.”

It did just that, and the queen continued to use media in artful ways to connect with the people. A documentary entitled “Royal Family” released in June, 1969, gave audiences unprecedented access into the private homes and lives of Queen Elizabeth and her family, garnering global popularity and an estimated audience of 350 million.

In the nineties and early 2,000’s, her majesty commissioned the creation of a royal website, which was updated in 2009 by none other than the creator of the worldwide web himself, later adding a YouTube channel along with Twitter and Instagram accounts.

One of the queen’s most memorable media moments is ensconced in her famous appearance with James Bond in a video created for the 2012 Olympics. The clip featuring her majesty escorted by Daniel Craig from Buckingham Palace to the opening ceremony, portrays a lighter side of the monarch and showcases both her sense of humor and her media savvy. The sketch was so well received, it’s ranked number one on the top ten list of “media moments that changed TV forever.”

The question arises and the challenge is set before him. Will the new king be able to maintain his predecessor’s skillfulness in managing the throne’s public profile and connecting with his audience? Read more.