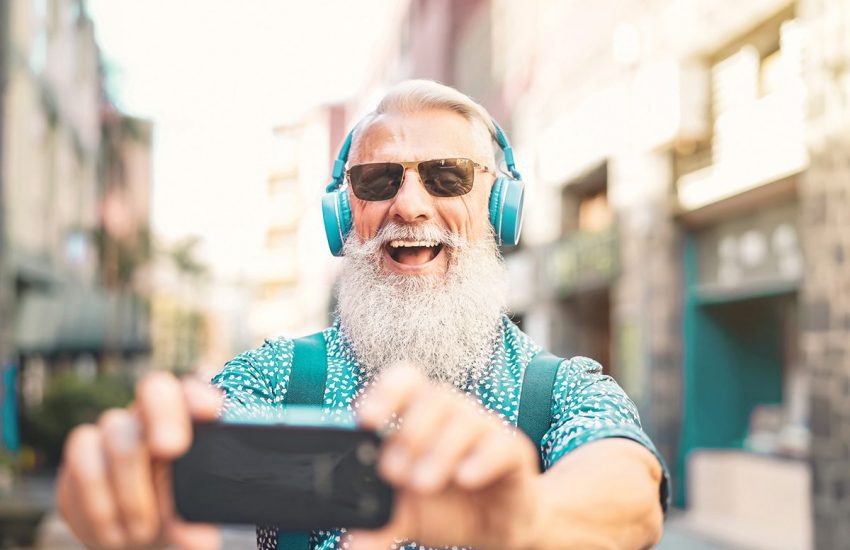 Step aside, generation gap. While senior citizens may not represent the norm in social media profiles, some elderly aficionados are taking the influencer space by storm – and profiting handsomely while doing it.

They’re known as “Granfluencers,” and they’ve figured out how to go viral in the massive world of social media and online posting.

A surprise to some, the senior population is embracing social media more than ever before. In 2010 only 13% of people 65 and older held a social media account. Today nearly half of them (48%) do. For those over age 75, the proportion has nearly doubled from 19 to 41%.

Now some are mastering the art of social media influencing, known as granfluencing. Who needs a pension (or wants to find a great way to bolster it) when you can earn big bucks through social media posting?

Case in point. Topping the charts is Pauline “Granny Smith” Kana (@rossssmith). At age 95, she’s the highest earning granfluencer with her viral TikTok posts, where she’s known for dressing up in eccentric outfits with her grandson. Granny Smith racks up an estimated $18,080 for every sponsored post and has a staggering 23 million followers on TikTok. At this rate, she earns more than the average US pension in a mere 3 sponsored posts.

The Queen of Instagram is Helen Ruth Elam (@baddiewinkle). Also age 95, she brands herself as a fashion icon for older folks, with her catchphrase, “Stealing your man since 1928.” This baddie brings in $8,886 per sponsored post – the equivalent of an average US pension in seven posts.

In a respectable second place on TikTok is granfluencer, Lynn Davis (@cookingwithlynja). At age 73, she earns an estimated $9,121 from her sponsored posts that feature homemade recipes – which must be good considering her more than 11 million followers and almost 200 million likes.

While social media typically caters to the preferences of Gen-X, the growth of the senior population offers good reason to remember the impact of older demographic groups. To see who else makes the all-star granfluencer list, read more here.