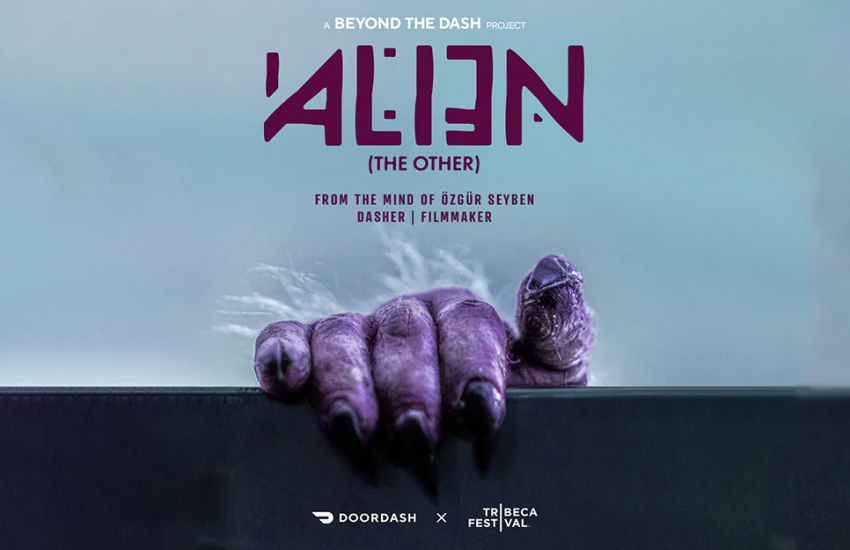 If you’re wondering what a restaurant delivery service has to do with producing a movie about aliens, enter DoorDash’s new employee program, Beyond the Dash. DoorDash says they are dedicated to making their team members’ dreams come true.

The company recognizes a large percentage of their employees – known within the ranks as “Dashers” – use their job as a way to make ends meet on their way to the next career stop. In an effort to support their workers, DoorDash launched the Beyond the Dash program, a grant opportunity to help propel Dashers to achieve their career goals and dreams in arts, music, and entrepreneurship.

For Özgür Seyben, who aspires to be a writer and film creator, this meant creating a short film. His project, Alien: The Other, was inspired by his experiences coming to the United States as an immigrant, reflecting his own challenges as an “alien” to a new country. In the film, his encounters are experienced through the eyes of a child alien meeting a human.

“I wrote Alien as a reflection of my family’s experience immigrating to the United States,” said Seyben. “This opportunity has allowed me to reignite my dream and make an extremely meaningful film.”

Said DoorDash’s CMO, Kofi Amoo-Gottfried, “The idea for the program was behind the notion of our Dashers. For most of them this is like a means to an end. Our thing was, how do we identify the passions of this community and how do we help them accomplish this?”

The move also seems to serve as a creative way for DoorDash to boost employee and brand loyalty and attract ambitious new Dashers to its ranks.

For now, DoorDash plans to keep making Dashers’ dreams come true. In the months ahead, the company intends to partner with other organizations to secure grants to bring more employees’ projects and passions to fruition.

To see other Dashers who made this year’s list or find out details about the program, read more here.