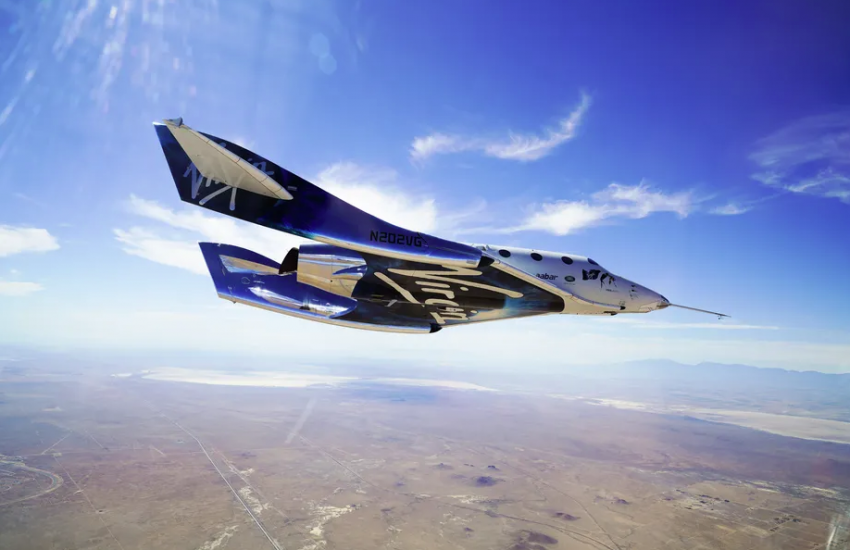 Joyride may take on a whole new meaning, when civilians soon have the option to board a Virgin Galactic flight set to ferry tourists to and from space for a pretty penny.

The company recently announced it will make ticket sales available for purchase by the general public beginning February 16th.  You can purchase one for $450,000, and if that sounds like a steep price, don’t worry. You can reserve your spot with a $150,000 down payment now and pay the remaining balance before your flight.

Virgin Galactic’s founder, billionaire Richard Branson, successfully completed the company’s inaugural flight on the VSS Unity last July, a move intended not only to garner publicity, but also demonstrate Virgin Galactic’s ability to safely navigate passengers to and from space.

Riders will have the opportunity to board a Virgin Galactic “spaceplane” which ascends to 49,000 feet on the wing of a massive carrier aircraft known as White Knight Two. From there, the space plane ignites its onboard rocket engine and climbs to an altitude of 50 miles above earth.

A special feature of the flight will be the opportunity for passengers to unbuckle their seat belts and float about the cabin for a few minutes, before making their descent back to earth.

While no new flights are slated until the end of 2022 as Virgin Galactic works out a manufacturing bug, the company does hope to sell 300 more tickets this calendar year. That would bring the company’s sales to a total of 1,000 reservations lined up before christening their first commercial passenger flights. If you’re aiming to purchase one of these tickets, consider getting your name in soon, as the waiting list is mounting.

Whether a joyride on the VSS Imagine will become the next ultimate high adrenaline entertainment remains to be seen. But it will most certainly be interesting to watch the saga unfold. To find out more, keep reading here: