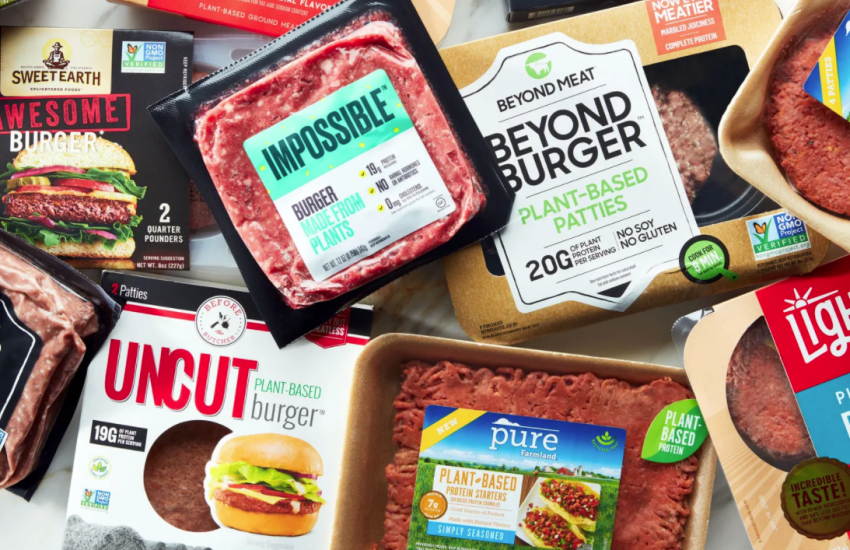 If you’re ready to look for your daily allowance of veggies in McDonald’s new McPlant Burger (featuring a “Beyond Meat” alternative patty made from peas, rice, and potatoes), you’ll fit right in with the biggest anticipated food trend of 2022. Sales of plant powered foods are predicted to surge in the coming year, as an estimated 71% of Americans have already dabbled in swapping some of these alternatives into their diet.

Whether you’re influenced by celebrities promoting the vegan trend, or simply cutting cholesterol from fatty meats, the plant based food industry is covering its bases with an ever widening variety of offerings. While plant based meat isn’t new to grocery store shelves, menu items like McDonald’s McPlant Burger or BK’s Impossible Whopper are showing up in popular chains across the country.

Brazil-based company, JBS – recognized as the largest meat producer around the globe – just added a vegan chicken product alongside their meat selection. Retail giant, Tyson, introduced “Beyond Sausage” as their entry into the plant based meat lineup, to name only a few of the long list of contenders jumping in to ride the wave of this food niche’s thriving popularity.

Meat is not the only product being challenged by plant based alternatives. Another large market sector is dairy. With choices like soy, almond, cashew, coconut, rice, hemp, and even pea or potato versions cropping up, a glass of milk could mean something very different from what mom served you.

Vegan cheeses and ice creams are another popular addition to plant-based dairy, further popularized by celeb support. While Cardi B introduced a dairy free vodka infused whipped cream alternative called “Whipshots” in December, record producer, Jermaine Dupri, released his own vegan brand of ice cream known as “JD’s Vegan,” made from a coconut cream base and already slated to sell in Walmarts around the country.

What fuels the surging interest that has pushed plant based foods to a $7 billion dollar industry and growing? Some demand is health related, with promises of lower risk of heart disease and solutions for the lactose intolerant. Other proponents embrace the movement from an environmental or cruelty free perspective.  Not without drawbacks, a fully plant based diet can create challenges in maintaining a sufficient intake of essential nutrients, and create a greater need for daily supplements to reach nutritional needs.

Meanwhile, neither the creativity nor the momentum seem to be slowing, with a plethora of new products steadily flooding the market. Will you soon be eating lamb free kebabs, cruelty free crudo, or milk chocolate sans the milk? Go here to learn more about this emerging trend: https://www.entrepreneur.com/article/410114.