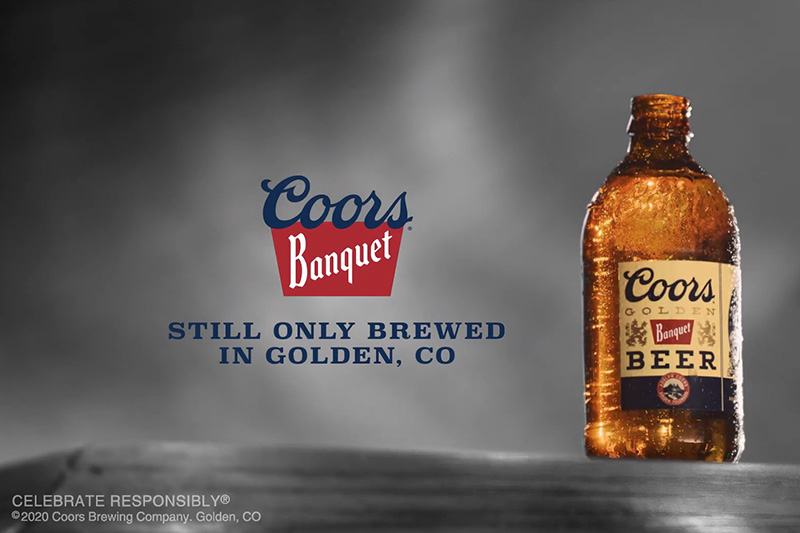 How do you find new ways to get people excited about a well known and long established product? You might try resurrecting an old trick. Or in this case, an old movie.

Coors Banquet original brew, marketed by Molson Coors Beverage Co., is kicking off a new promo this month with an escapade inspired by the 1970’s film, Smokey and the Bandit. If you’re too young to remember, the widely popular and iconic movie is well known for its antics and wild adventures, as Burt Reynolds and his truck driver buddy attempt to haul bootlegged beer across state lines from Texas to Georgia within a deadline of 28 hours.

The beer, of course, was Coors, which was illegal anywhere east of the Mississippi at the time, due to its lack of pasteurization and its need to remain refrigerator cold. Coors won’t be asking participants to do anything illegal, though, in their reimagined version. Instead, they’ve conjured up a scavenger hunt where takers can experience their own adventure pursuing clues around the state of Colorado. Complete the scavenger hunt by making it to all five clue points on the route and submitting selfies at each stop along the way.

Those who accomplish their mission are eligible to win a fully restored 1977 Pontiac Firebird Trans Am – just like the one the “Bandit” famously sported on his bootlegging quest – plus enough cash to buy a year’s supply of Coors beer.

While the ad campaign doesn’t officially mention the notorious film association, the reference is clearly implied, with black and white images of clandestine meetings handing off the contraband product touted to have been “stolen, smuggled, and sought after since 1873.”

If you’re not a Colorado resident, while you will decidedly miss a lot of the adventure, don’t lament entirely, since the promo does offer some trivia options for out-of-staters who also want to enter to win prizes.

To find out more details about Coors Banquet’s current advertising campaign and challenge, read the rest of the story here:  https://www.marketingdive.com/news/coors-banquet-nods-to-smokey-and-the-bandit-with-mobile-scavenger-hunt/601299/

Visit Film and Video Production Company Syndicate Pictures to Use Video for Supercharge Your Sales
www.syndicatepictures.com