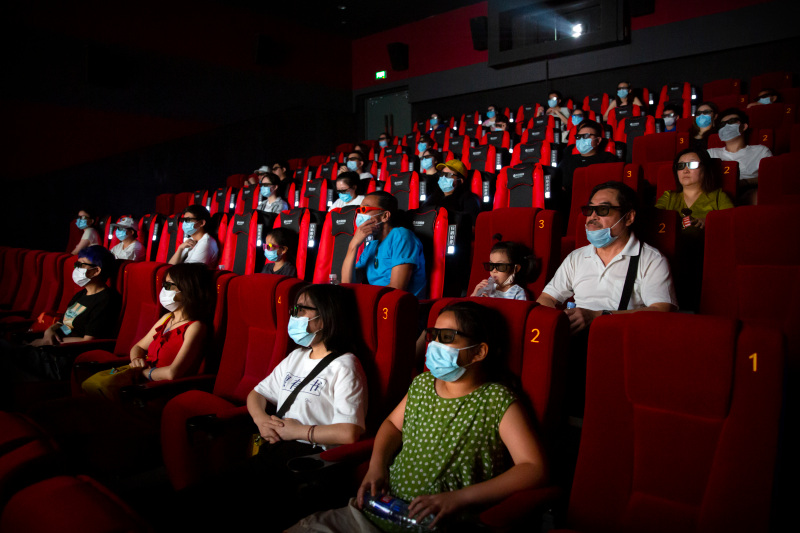 Is a happy ending on the horizon for movie theater operators struggling to survive months of famine during pandemic slowdowns? According to industry watchdogs, if the strong Memorial Day weekend showing is any prediction of future numbers, silver screens across America and overseas may indeed be back in business.

Blazing the trail was the blockbuster opening of the horror thriller, “A Quiet Place Part II,” hauling in $57 million at the box office and contributing toward total weekend revenue of just under $100 million in theaters across North America – an impressive summer start considering the timidity of some moviegoers to return full scale to theaters, and the heightened competition from popular streaming services. It’s also a promising figure considering it exceeded its predecessor, the first installment of “A Quiet Place,” which debuted over a three-day period at $50.2 million in 2018.

Industry experts are calling it a big win for both Paramount and the movie-going experience, contending the movie theater business “remains a resilient industry.” Other big wins include “F9,” the latest offering from the “Fast and the Furious” franchise, which has already garnered $200 million overseas, one month ahead of its anticipated US release.

Disney’s “Cruella” weighed in at $42.6 million globally, the first post pandemic release in the family-friendly movie genre. Approximately $26 million was earned on the domestic front, even while Cruella is simultaneously broadcasting on streaming services. All this while some 30% of US theaters are still waiting to reopen.

“This is a giant leap forward from where the industry has been throughout the past year,” said analyst Shawn Robbins, “and a table-setting weekend for what sustained recovery will look like throughout the summer and beyond.” He reiterated that “these numbers are still quite impressive even by pre-pandemic standards.”

The upcoming sequels to “Top Gun” and “Mission Impossible” are predicting similarly impressive turnouts from audiences ready for the cinematic experience once again. Will enough viewers head back to the cinema to keep the theater industry flourishing? We hope the experts are right. Continue here to read more predictions about the future of movies on the big screen: https://www.linkedin.com/news/story/a-real-life-hollywood-ending-5074148/

Visit Film and Video Production Company Syndicate Pictures to Use Video for Supercharge Your Sales
www.syndicatepictures.com