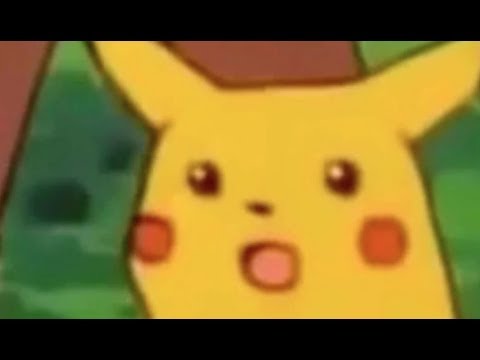 If you spend time on social media, then you’ve most likely seen the “Surprised Pikachu” meme: a picture of the beloved character from the Pokemon franchise with a shocked look on their face. Like many memes, this one surged in popularity over the past few years. However, unlike other memes, this one saw an unusual spike that led to some digital marketers to speculate whether it was part of a clever campaign.

A data analyst created a platform that works similarly to Nielsen ratings, except with meme popularity. They ran an analysis throughout 2018, downloading approximately 400,000 images to create a chart of the top 10 memes throughout the entire year. The Surprised Pikachu meme was number four on the chart, so what led to the speculation about its marketing undertones?

The meme spiked in popularity in the first half of November 2018. What else was happening around that time? The Detective Pikachu feature film showcased its first official trailer, and in that movie, the titular character had the exact same expression. So the trailer made the meme popular, correct? Wrong. The meme came first and just happened to surge in popularity before the trailer was released.

The question now is whether this was just a massive coincidence, or a thriving new form of marketing known as “stealth Internet marketing”? Since correlation does not always equal causation, it’s almost impossible to say for sure. But if the meme was indeed used for stealth marketing purposes, it’s safe to say that it was very successful.